← Net Metering, SRECs, and What’s Happening To Solar In Massachusetts
3 Cities That Have Gone Green →

How To Take Political Climate Action If You Hate Politics

Climate change is political. Not because the science of global warming is up for scientific debate – it isn’t – but because the means by which the world will need to address the problem is tied up with economics, social systems, employment, taxes, trade, lifestyle…

You get the idea. Dealing with climate change is going to require a complete overhaul of our current system. Individuals can do a lot, but the system that builds roads and manufactures medicine still currently uses fossil fuels for those necessary activities. Businesses have no incentive to change the way things are going because they’re most concerned with next quarter’s profits. Governments are made to take a longer view. The only way we’ll get ourselves out of the carbon quicksand we’re in is through coordinated government action. Once a government mobilizes on a public concern, they really move – just look at the effort that saw the U.S. out of the Great Depression and through World War II! Better yet, you can direct government somewhat through political action.

If the thought of getting political makes you cringe, then rest assured that you’re not alone. There seem to be two kinds of people in this world: people who can’t get enough politics, and people who avoid it like lava. However, politics is how climate change action will happen. And, believe it or not, it doesn’t have to hurt. Your action can be as minor as volunteering to take notes. Here’s what to do. 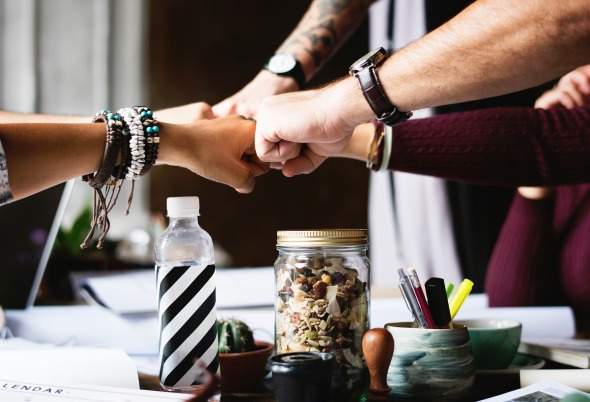 I’ve said it before, but I’ll say it again: the best way to act is to act in a group! You’ll make friends, find moral support, and see your cause gain real momentum. An action group will almost always include people with more political experience and instinct than you, and they’ll be happy to do the politicking. Let them take that lead. There’s a good chance they won’t be as adept at, say, calling bus companies and pricing out transportation costs for an action or conference. When you do that for a climate change action group, you’re fighting climate change!

If you’re at a loss as to where to find like-minded, politically savvy people, then start with 350.org. They function in regional chapters and like to partner with more local organizations. This lets them make a whopping difference in comparison to their size. (I recently wrote a profile on them for In Kind, which is just an amazing site. Go look!)

Other national groups include the Citizens’ Climate Lobby, an organization of which I’m a member, and Mothers Out Front. Local organizations are crucial, too. My hometown of Salem supports Salem Alliance for the Environment and Coastwatch. Google your town’s name and the word “environment” to see who’s active. You might be surprised at what you find!

If you’re tentative, I’ve noticed that one way to get into these kinds of groups is to volunteer to take notes at meetings. Simple as that. People rarely want to take notes and you can provide a valuable service if you cheerfully offer to eat that frog.

There’s an art to writing letters to the editor. I ought to know – I’ve written over 200. About 30 have gotten published. That’s an excellent return that may indicate how interested papers are in this issue right now. The offices of your political representatives keep a weather eye on the press. LTEs can do a lot to raise awareness.

Here’s exactly how to write a good LTE.

First, find an article to which you’d like to respond. It’s quite important that you respond to a specific, recent article. If it’s more than three days old, find another one. If you’re starved for fresh material, try setting up a Google alert (here’s how) or signing up for the excellent Climate Nexus newsletter.

Read your chosen piece and make note of its main points. You’ll need to address those in 200 words or less – usually, that’s all the space papers will give to an LTE. Be informative, concise, and polite. Thank the editor at the end. Include your full name, real address, and phone number, too, because the editor may have to get in touch with you to confirm your identity.

Your local papers love to print LTEs from area residents. Major papers get a larger volume, so your rate of success per letter will be lower, but you can still safely bet on at least one in twenty making the cut. Don’t be afraid to submit to the New York Times, the Washington Post, and other big outlets even if you don’t happen to live in New York, Washington, or wherever those papers happen to be located. They own their status as national (and even world) media companies and acknowledge that their readership transcends geographical boundaries.

You can also take a chance on local papers that aren’t local specifically to you. Once again, some of these will accept that the Internet has made the world their readership. For example, I’ve been published in the Deseret News, even though I’ve never been to Utah in my life. Some papers, however, won’t be as generous with your out-of-towner opinion. I once submitted an LTE to a local paper and had an editor accidentally reply all to complain that I wasn’t even a townie! Needless to say, that LTE did not see publication. I did, however, place many letters after that, and several of those were in local papers.

Finally, if you want to get serious about this, keep track of your LTEs, both submitted and published, on a spreadsheet. This is partly to track your submission frequency. No paper will publish you if you email them more than once every two weeks or so. More importantly, you need to bask in your successes every once in a while. This is a great way to take action on your own time, all by yourself, and feel like a hero when you see your name in print and climate change out front. Just don’t ever, ever read the comments.

You may already be familiar with the 5 Calls app. The reason I like this free service (aside from the fact that it’s free) it that it focuses on a few key issues and then explains them thoroughly before sending you into the fray. That’s a good jumping-off place for someone who’s not usually political. There’s no need for you to stick to the script, of course, but a lot of people like to do exactly that, and it’s totally OK and legitimate to read a prepared statement.

You may also find that individual politicians’ actions on climate change are worth addressing in a phone call. In my home state of Massachusetts, for example, there’s a carbon tax being batted around on the state level, and Paul Tucker, one of my county’s representatives, petitioned for it. Badgering him to do more on climate change without acknowledging that he already did a good thing is only going to irritate the man and make him feel unappreciated. I might want to call him up just to encourage him and tell him that I think he’s doing an awesome job. And oh, by the way, would he like to visit the Salem Sustainability Committee on Wednesday?

5 Calls will cycle you through politicians automatically. Every time you hang up, it’ll bounce you to the next number on its list. You’ll end up leaving messages or sometimes talking to an aide. Always give your full name and address and be polite. Remember, each office may field hundreds of calls per day. They don’t have time for a drawn-out discussion.

I’m not as good at calling politicians as I am at writing letters. However, experts on the subject say that you should call your representatives every day and ask specifically for the staffer in charge of your issue, in this case, climate change. U.S. PIRG has a really great summary on how to effectively badger your politicians.

When you’re using 5 Calls, keep in mind that it is something of a mill. It will eventually cycle you away from your local and state representatives and into the mailboxes of politicians from other states. Since you cannot affect those individuals’ re-elections, your call will not be well received there. Save your energy for people who are interested in your vote. 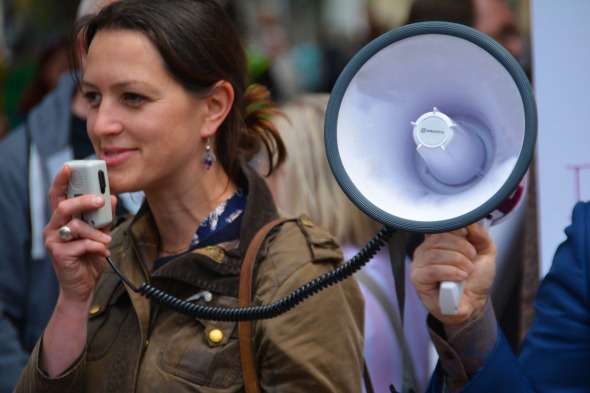 There are a lot of ways to show up for climate change. The easiest is probably to attend a protest. You can find these by watching 350.org’s social media. However, this is by no means the only – or necessarily the best – way to move your local politician.

Lasting change starts at the bottom. Get to know your councilpeople, local representatives, and state senators. Follow them on Facebook and Twitter and pay attention to where they’ll be doing events. Townhall discussions are great places to show up and hold their feet to the fire about climate change. During election season, you and your friends can punch above your weight by showing up to debates and open forums. Do your research about candidates’ actions related to climate change and press them about specific points. Livetweet the answers. Make climate change an immediate issue with your persistence.

You can also show up to sustainability committees and town council meetings. Sometimes, activist groups will show environmental movies, like Tomorrow, to the public for free. Go enjoy that free movie! You’ve heard of voting with your dollars – now vote with your presence. This is also a great way to network and find out what small environmental groups are operating in your area. 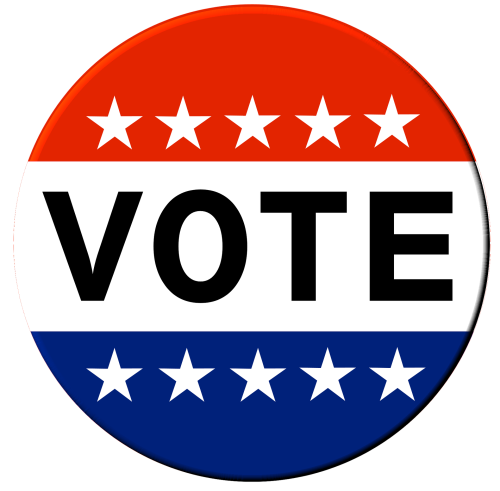 If you and your friends focus on this issue, you can chip out a noticeable bloc in small local races. Never let anyone tell you that participating in politics is pointless or that your vote is wasted. In some hyperlocal elections, such as those for town mayors, as few as 15% of residents may vote! In a town of 1,000 people, that’s 150 folks deciding who runs that town for the forseeable future. If another 50 people care that climate change is causing flooding on their street, then you’d better believe your mayoral candidates will pay attention to that issue. You just need to show them that you’re a clear and present voting bloc.

At its smallest, politics is street-level. Leverage that. There is no difference too small to make.