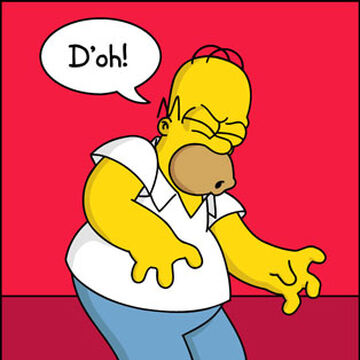 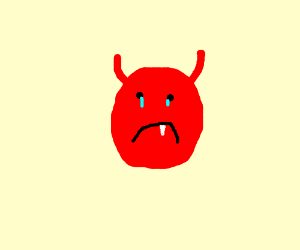 I’m turning into a part-time cooking blog here. Oh well. In addition to crochet and punk rock, cooking is a critical part of my domestic goddess trifecta. I cook a lot and I have opinions aplenty about food. Today you get to hear about why I love seitan.

This delicious and versatile meat substitute is nowhere near as popular as it ought to be. I blame the recent gluten scare. Seitan is pure gluten, nothing but. Point of interest: gluten is the protein part of wheat. People with Celiac Disease can’t eat gluten, but most other people should be fine with it. About 1 out of 100 people have Celiac, only .4% have a wheat allergy, and a somewhat larger group (but still small – maybe 6% of the American population) is gluten-sensitive. So about 8% of the public shouldn’t eat wheat and wheat by-products.

Yet in 2013, 30% of surveyed adults reported interest in a gluten-free diet. Personal experience and this celiac expert suggest that people are self-diagnosing gluten intolerance inaccurately. This is sad! It means that people are unnecessarily opting out of seitan!

Screw bread. Bread can go to hell. You want on the seitan train, baby.

it’s no secret that I love Beyond Meat. But it’s also a treat: expensive, greasy comfort food to the max. You do need to eat leaner plant protein, and seitan fits that bill. It’s also much cheaper – you can buy a 22-oz bag of powdered gluten for six bucks or make it yourself from whole wheat flour. The yield from two cups of powdered gluten is staggering. I just made a batch that’s enough for about four days of lunches and dinners for two people – and one of those is my wife, who always takes a second piece. In the age of the BK Impossible Whopper, it astounds me that seitan isn’t emerging as a meat alternative.

Seitan rivals chicken for protein content. This is why it was invented. Buddhist monks were the first to develop the technique of soaking and washing wheat flour until the gluey remains could be cooked in broth. (Remember, most of wheat is starch, AKA sugar. It dissolves!)

Bob’s Red Mill makes bags of gluten these days, which is convenient for adding spices. With the proper seasoning, you can make seitan taste like almost anything. The broth you boil it in matters too. As with most other things, you can go minimal and just boil it with soy sauce and molasses and it’ll be perfectly edible. But why not go overboard?

Personally, I like to make seitan nuggets for my buddies. My technique is a little loosely-goosey but I’ve never had a complaint.

This is from Wikimedia. As I’ve mentioned before, I’m a crap photog.

I mix about two cups of gluten with some garlic powder, some onion powder, salt, pepper, and sometimes paprika. I find that paprika can give seitan a hammy taste. In a separate bowl, I mix water, soy or Worcester sauce, and just a tiny bit of liquid smoke. I add this mix to the seitan until it’s a gluey ball that won’t absorb any more. Then, I fill a pot with the remains of the liquid, more water (or stock, that’s even better,) sauce, and molasses.

Then I pull the gluteny ball into five or six pieces and boil them in the pot for about an hour. They’ll blow up, so make sure you have room for them to grow if you try this! When they’re done, I drain (maybe keeping the remaining broth for the next batch) and cut the seitan up into nugget-sized pieces. Then I dredge them in cayenne mayo, give them a dunk in a bowl of bread crumbs that I’ve fixed with nutritional yeast, and fry them in oil. If you have an air fryer, consider using it in this case. Recently I’ve been experimenting with baking them instead because I always seem to set off the smoke alarm and/or burn myself when I work with oil.

There you go: the ultimate party food.

I’d be remiss if I didn’t leave you with some other seitan recipes. I don’t usually try to recreate meat when I cook from scratch, but I do respect the versatility of bacon and the universality of chicken, even when they’re both made from wheat, so these are all direct subs for various animal products.

So go make some wheat meat, my dudes. Hail seitan!

Thus Did I Make Beyond Meatballs

I’m an avid environmentalist. As such, I believe that the most meaningful action against climate change must come from large-scale governmental and corporate action with buy-in from a majority of the population. That’s why I’m so psyched about the appearance of good-tasting beef substitutes – that, and I frickin’ love burgers. I don’t eat beef at all because of its environmental impact, and I miss it, so obviously I’m a big Beyond and Impossible fan.

Since I am also Italian, the existence of a ground beef substitute begs one question: does this mean I can make meatballs again? The answer, my friends, is a resounding YES. It’s worthwhile to mention that Subway has already figured this out, but I didn’t know that when I awoke in the dead of the night with this brilliant idea. Beyond Burger also has its own recipe. Mine is based on the one that multiple generations of my family have made with dead cows. It’s also worth noting that part of my fancy schmancy DIY jerry-rigged Mad MAX librarian IRA includes something like four shares of Beyond Burger. Pretty sure I’m eating all the profits, but if that matters to you, there you go.

1.5 lbs Beyond Meat. I had to get three packs of burger patties, which was a pain, but hopefully Market Basket will start selling by the pound sometime soon.

1. Defrost the Beyond Meat patties. (Or, if you’re a lucky tomato, your packet of ground Beyond Beef.) You will need the beefy stuff to be squishy. You can accomplish this with the microwave or by leaving them overnight in the fridge.

3. Mix the eggs and the water.

4. Mix the crumbs and the spices.

5. Mix the dry ingredients into the eggy water.

6. Using your hands, combine the defrosted Beyond Meat and the crumby eggy mix.

7. Shape the resulting wet doughy stuff into balls about 1.5 inches in diameter and arrange them on a cookie sheet.

Eat your heart out, recipe blogs!

In all seriousness, I’m pleased as punch about the success of this little innovation. I don’t have a picture because I’m in a cafe right now and the Beyond Meatballs are not with me. Anyway, I’m a crap photographer and have no designs upon the foodie blogosphere. I’m just smug. Try it and you’ll see why.

There are a lot of other recipes out there that use this stuff. Maybe I’ll try them. It’s Sunday, so I’m a cook today, not a librarian.