One thing that I like to do when I’m feeling sick is practice Python. I’m what you might call a promising beginner coder. It’s something that I want to get good at – really good, if possible. I enjoy it almost as much as I enjoy writing. Unlike writing, coding might actually pay someday – not that writing has done me bad, but let’s face it, its not going to cover my monthly barrel of bats, nor my bespoke acne cream, nor my shipment of Pakistani mangoes.

During the Bad Year, I resolved to work until my daily financial goals were met every day. I calculated what I made at my part-time library job(s) minus gas and daily extravagances like food. Whatever else needed to be spent that day, whether that was a portion of the rent or a medical bill, was what I had to make before I collapsed from exhaustion. I had fractions upon fractions going – I needed to make approximately $50 every day just to cover rent – but no matter how I cut it, I was putting in 16-hour days, working literally from the moment I opened my eyes until I passed out. I’d go to sleep with my computer on my lap, wake up, and start typing again right away. I was a writing fiend, and as we all know, fiends live in Hell.

Previously, professional writing had been a fun jaunt on the wild side, a little wooliness for my otherwise orderly career progression. I’d gotten there slowly after writing school destroyed my initial desire to write fiction – it wasn’t until years later that I published stories again. And I’ll always have listicles to thank for getting me there! Thanks, listicles!

But once you monetize something, it becomes a millstone. It doesn’t matter how much you like it. Suddenly it’s not who you are, but what you do. Who you are is about identity, love, joy, and probably chakras or something. What you do is about money. It’s nice to think that you can mix those two brews and end up doing something you love for money and get paid for living your best life, but in my experience, the money wins just because it makes more demands.

God I hate money. I don’t hate achievement, I don’t hate fame or recognition or success or work, but I hate that money is how we measure personal value. Specifically, I hate that money is also what we need to spend to survive – the main societal measure of our individual success and self-worth going on the budget sheet to cover rice and beans for this month. Do I have an alternative? Nope! I just think that the current system is harmful.

I have digressed. Back story: I’ve been sick for like four days, maybe longer. No, it’s not Covid. Yes, I am loopy and distracted. This is why now is the perfect time to practice Python. Also to stay up late and finish a blog post.

I have a love-hate relationship with coding. I’m naturally pretty good at it, but when I take a class, I seem to draw a jerky professor who believes, at best, that a woman trying to code is just so ineffectual and pointless that it’s cute. I am not cute and despite my best efforts to be sweet and nice and gentle I am naturally very direct. It is also hard to brush me off on account of the fact that I am unfortunately me, so any given professorial-stand-in-stereotype has tended to try and break down my ego instead. This strategy is actually pretty effective, and I am now plagued by self-doubt and the thought of taking a coding boot camp or another coding class ever makes me wince. I know that not all professors or whatever. I have had some evil luck and have heard reports that much of the coding world is just like this. At my age I don’t have time for nonsense. Sue me if you don’t like it.

So because my relationship with coding is a tetch uncomfortable, coding is an ideal candidate for future money-maker. I can learn it myself (I am in fact making good progress) and scootch into the profession by demoing my skills. I can sacrifice it on the alter of the money gods without too much regret and even with some relief. At the same time, it can be done online on a freelance basis for a decent return. (Eventually. I’ll need to glom onto a bunch of freebie open source projects first to prove that I know my stuff.)

The fact is that times are strange. I want to believe that my current job, which I like, is stable, but who knows? Libraries are suffering financially along with everyone else, and if enough economic dominoes were to fall, my safety would by no means be guaranteed. In a worst-case scenario, I wouldn’t feel confident using writing as a parachute again – a year ago I still harbored fantasies of going full-time as a writer, but we have a mortgage now and everyone who can work online will – and the jobs are likely about to go poof. My resume already looks funky enough due to the Bad Year that I suspect I’ll always have some trouble job searching in libraries. I need a new backup skill, and it’s got to be solid.

So cry havoc and hunch over a keyboard! Time to set aside a little coding practice every day after work, to struggle with modules and indices, and to remember that an array cannot bite me harder than I can bite it. And if worst comes to worst, there’s still the bookstore/vegan deli concept. Perhaps grammaries and seitan will save me in the end after all.

Fresh out. Clean out. Well, almost. I’m now a customer support librarian for a public library consortium, and who knows what’s next! I’ve still got that networking certificate humming along – should have that done by next year, actually. (God willing and the creek don’t rise.) After that, I’m probably going to start chipping away at a CS bachelor’s, focusing either on databases or development. What can I say? A girl can get a late start on her secret IT ambitions and still have dreams.

The past month has been something of a blur and rather than drop any balls, I set several balls carefully aside, as one might do with ornamental glass fruit or the skulls of one’s revered ancestors. The writing ball is one that I did set aside, but I’m hoping to pick it right back up. I know, for one thing, that Book Riot languishes without my scintillating listicle-writing presence. I’ve also been uncomfortably absent from the fiction-writing scene, and you know what? I think I’ll publish under my real name from now on. Look out, world!

I’ve got a few other pots on the stove, but I think I’ll let those boil over before I alert you about the terrible danger in which we will all, at that exact moment, find ourselves. This blog is going to continue to be (loosely) about librarianship, and cooking, and gardening, and sustainability, and most especially about computers.

I’ll leave you with this: it is STUPID EASY to accidentally make a new file in Powershell. Yesterday, I managed to make testfile1.txt, testfil1.txt, test1.txt, and all of the above without their file extensions. Then I tried to move a file named Massive Duck Attack.txt and discovered exactly why underscores are so blamed important. Let’s hear it for practice with the Rename-Item cmdlet! (And the humble underscore.)

Also, I’m reading Gideon the Ninth and it’s everything I’ve ever wanted. I also just finished Lives of the Monster Dogs and I think the book about stylish lesbian necromancers in space is less weird. Loved it, may buy it. Finally I’m listening to City of Brass, and so far, it’s fancy but predictable. I guess I could say the same thing about Gideon, but there’s a swordsdyke in that one so it gets extra points.

Until next time, boys and ghouls.

Diary of a Librarian: When It’s Dead

A while back, my library experienced a disaster of sorts. Specifically, we experienced the kind of disaster that’s at once human-made and essentially inevitable: equipment failure. An AC unit dumped a ton of water all over a bunch of upper story stacks. The upshot is that half of our reference floor is currently plasticked up like that Dr. Who episode where the Cybermen take over. Including the computers and books. 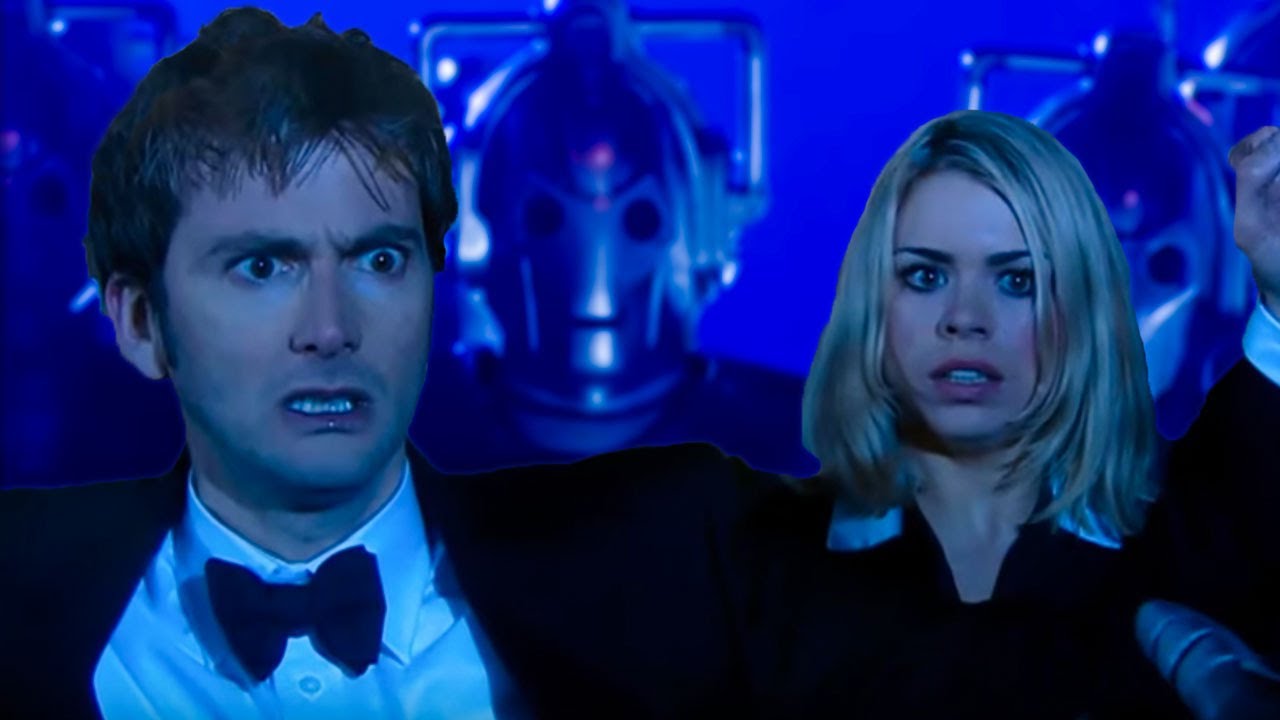 We have six computers available, which is half of our usual number, and word has gotten around. People have, for the most part stopped visiting the reference floor. Some diehards still drift in, but they know the score already and don’t need a ton of help from us. If we’re full up here, they cheerfully mosey on down the the unaffected children’s room, which is now abandoned because school has begun.

Seriously, this isn’t the worst thing in the world. We’re finding out just how valuable having a copier is. If I had to start a library in 21st century America, I’d rent a storefront and stock it with some computers, two printer/copiers, and a holds shelf. In fact, I’d probably rent five or six and put them in disparate corners of my city. Distributed library, baby!

For now, snug in my centralized library, there are still a few things I can do.

There’s a lot we can accomplish, even without the books and even without many computers. Not that we should dump either of those important services, but it does give one pause. It’s refreshing to know that our profession is so much more resilient than the specs of its various parts.