Happy Black Friday, guys! The nice thing about being a book person on this questionable day is that you can really just buy books online if you want to take advantage of deals. You could even spend the day reading what you already have and decline to participate in the annual sensationalized commercial frenzy that smacks of classism and exploitation of the poor. Or, you could read my scintillating thoughts on the work of Joyce Carol Oates’s newest book, Pursuit

I’ve been reading JCO since I was just a wee lass in the ninth grade. I have very positive memories of Foxfire: Confessions of a Girl Gang

and later Zombie: A Novel

. Apparently, I didn’t rate either of them very highly on Goodreads, though. I wish I knew why. They’ve really stuck with me, but maybe I had some of the same problems I had with Pursuit.

This book presents us with Abby, real name Miriam, whose parents, Lew and Nicola, disappeared when she was a kid. Right from the get-go, she’s got some very odd trauma, which causes her enough mental distress that she wanders out in front of a bus. Coincidentally, (I’m sure,) she had just gotten married. This is the story of how Abbey/Miriam discovers what happened to her parents and why she’s in such distress.

This book didn’t dwell as entirely on the bad guy as Zombie did, but it sure did dwell nonetheless. The longest stretches of the story were from the twisted perspective of Abby’s father. This wasn’t necessarily a bad choice. It was certainly very entertaining. I think that what irritated me about it was how predictable Lew was. He was every scary thing: stalker, violent misogynist, addicted, jealous, murderous, delusional, untreated for his mental health problems, religious nut, probably a pedophile.

The only thing he didn’t have was a mustache to twirl and any real depth. Ultimately, Lew was just a mashup of male killer greatest hits and almost entirely defined by his relationship to the main character’s mother. There’s no reason that someone this cartoonish couldn’t be a villain, but if you’re going to write someone so over-the-top, you’d better have a good foundation for them. I have to believe it. I didn’t believe this.

At the same time, Oates goes out of her way to present Willem, Abby’s husband, as the ideal man. He’s sensitive, kind, gentle, patient – my goodness, everyone needs a Willem. But ultimately this makes him as two-dimensional as Lew. They’re obviously meant to be foils, but Willem doesn’t really function well in this role. He’s not really a very interesting dude, and anyway, he doesn’t really appear much compared to Lew.

I did wonder if Oates was trying to not-all-men this story by setting up Willem as an example of the fact that good guys exist. Theoretically, I’m into it, but Willem is even flatter than Lew! This dynamic would probably have required a bit more subtlety than a five-hour listen could convey, and because I know that Oates is capable of it, the slipshod nature of the Lew-Willem contrast really struck me as lazy.

OK, then Criticize the Patriarchy!

Oates does a good job of showing the patriarchy rather than just railing about it, as I tend to do once I wind up. Willem’s family is a good vehicle for patriarchal oppression, but I am also a sucker for well-meaning but toxic religious families in literature. Toxic masculinity suffuses the book as a theme, with Willem being an example of a good guy and Lew, of course, being an example of everything not to do or be. Abby/Miriam is a nice representation of a woman who upholds the patriarchy by maintaining silence to protect a man, which is, of course, a topical point. She’s also kind of a poster child for repressed and damaged femininity, literally haunted by the effects of the patriarchy.

The self-abuse and repression that she heaps upon herself to try and become this “good girl” she thinks she isn’t is very thickly laid. I liked it to a certain extent because I could relate to it, but it definitely didn’t strike me as the performance of a subtle literary virtuoso. As with Lew and Willem, I felt like Abby was the coloring book version of a good statement about overcoming the patriarchy. The outlines were great, but in practice, it turned out kind of flat.

Nicola is a piece of the feminist pie, too: the classic Woman Who Does It All, whose aggressor is a character who could be an incel parody. There’s a really excellent statement the be made here about how generations of women relate to one another in a patriarchal environment, not to mention how men sort themselves into ally or enemy categories in a polarized environment as reactions to empowered or helpless women. I think it’s interesting that Nicola, who becomes empowered, incites rage on the part of her partner, while Abby/Miriam becomes completely disabled emotionally and physically and thereby inspires extreme support and protectiveness from Willem.

I’m not sure Oates intended to suggest that bitches get stitches while violets get princes, but that was definitely what I came away with. Maybe it was meant to be ironic, or just a face-forward statement about what kinds of women men like.  Maybe it was meant to be a statement about damage and how women and men need to come together to repair the past.

But What A Bone Structure!

Regardless of her relative ability to discuss feminism through the medium of a thriller, Oates can structure the hell out of a novel. Despite the story jumping between several different points of view, times, and situations, I never once lost the thread. That’s why I’m going to come down on the positive side for this book after all. It’s effectively a feminist thriller, and although I don’t think it’s the smartest thing Oates has ever written, I don’t think she meant it to be an intelligent treatment of male violence and female victimhood. I think it was just supposed to be entertaining.

So if you want a dark, entertaining book with a scary villain, a damaged heroine, and a kinda half-baked feminist message that works if you blur your eyes and squint at one corner of it, then Pursuit is probably perfect for you. Read and enjoy. It’s short enough to hold you over the weekend plane or train ride back home from the holidays.

May your families be healthier by far than Nicola and Lew’s. Happy Holidays, feminists! 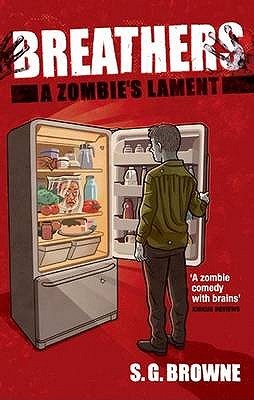